The Rialto Bridge is one of the most famous and widely photographed landmarks of Venice. Not only the undisputed icon of postcards and ‘selfies’, but also the oldest bridge in the city (until 1854 it was the only means of crossing the Grand Canal on foot). The history of this iconic bridge dates back to the year 1000 when it was built as a pontoon bridge at the canal’s narrowest point. Due to increased traffic, it was replaced with a wooden bridge in 1181, known as the ‘Ponte della Moneta’ both due to the toll that people had to pay when crossing it and because the city’s mint was located at its easternmost end. In 1250, its wooden piles were replaced by a mobile structure, a sort of drawbridge that allowed larger craft to sail under it, and its name was changed to the Rialto bridge, possibly due to its association with the nearby district of Rialto, or ‘high bank’. 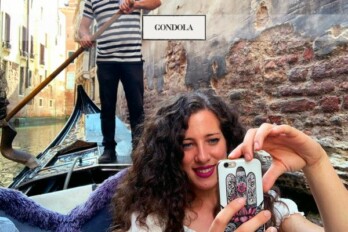 A dark period followed and the bridge collapsed and was damaged several times. The daring but scenically impact-making new design (1591) submitted by Antonio da Ponte consisted of a single 22 meter stone arch span, supported by a broad rectangular deck carrying two arcades of shops and ‘botteghe’ fronting on three roadways.

Today it is a heady mix of shops, eateries and architecture, where the days are marked by the cries of the vendors of its famous, bustling market and by the comings and goings of Venetians and tourists who are either in search of a traditional ‘osteria’ or ‘bacaro’ for an ‘ombra de vin’ or a ‘cicheto’, or looking to make a purchase from one of the innumerable artisanal ‘botteghe’ that line its ‘calli’ and ‘campielli’ and flank both sides of the bridge. Don’t miss the Fondaco dei Tedeschi, a luxury department store and an admirable architectural project, with a wonderful terrace from which the view sweeps 360 degrees over Venice.

This is the most important museum in Venice, with over 800 works by Venetian and Italian masters who have influenced the European art in...
Read more

In the heart of Venice, there are places shrouded in mystery that merit a visit: such as the Palazzo delle Prigioni, where the darkest...
Read more 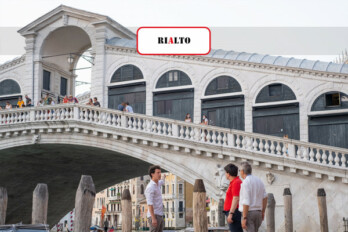