Forte dei Marmi is a famous seaside resort in the province of Lucca that takes its name from the fort located in the town center and from the marbles of the nearby Apuan Alps. Since the early 20th century it has fascinated industrialists such as the Agnelli and Siemens families and intellectuals such as Thomas Mann or Luchino Visconti, to name just a few, also becoming a point of reference for European high society. The major tourism boom occurred in the post-war period when it became one of the most glamorous holiday resorts in Italy and was invaded by VIPs and famous personalities, the Milanese and Tuscan upper middle class and “holidaymakers” hoping to have a little stardust sprinkled on themselves.

Today “Il Forte”, as the regulars call it, retains its own refined, hazy aura. Here, in the summer months, the days pass lazily, between the beach (no less than 5 kilometres long) and the pinewood. In the late afternoon, before an aperitif (aperitivo) at local bars, frequented by footballers and stars of the entertainment world, you can go shopping in the boutiques in the town center. And if you linger a while to watch the sunset from the beach, don’t worry, because the shops stay open here till late evening in the summer months. All the major brands of Italian fashion have shops at Il Forte, but there is also no shortage of multibrand shops, featuring a rich choice of international labels. But the real gems are the historic shops manufacturing from hand-crafted footwear to hand-made clogs for VIPs and royal families, as well as tailor’s shop of yesteryear, with age-old charm and bundles of precious fabrics.

The nights, on the other hand, pass quickly, in fashionable nightspots such as Twiga or the historic La Capannina di Franceschi, an iconic venue from the 1960s, which has made a powerful contribution to building up the iconography of the Forte dei Marmi of the period and still today. A holiday in Forte dei Marmi revolves around rituals that seem eternal: on Wednesdays, for instance, there is the legendary market, a genuine open-air boutique where you can buy precious fabrics or ceramics for your seaside home, but also leather goods, straw hats and cashmere cardigans, all strictly Made in Italy. It goes without saying that you cannot expect to find neighborhood market prices, but quality, as we know, has to be paid for.

Traveling by bike around Forte dei Marmi is de rigueur but alternatively, above all, if you have young children, you can rent a rickshaw and have fun breezing along the promenade. But Forte dei Marmi is also culture: every year, in the months of July and August, inside the large Versiliana maritime pine park, the festival of the same name takes place, which includes concerts, theater plays and events of various kinds.

Among medieval and Renaissance palaces, alleys, towers, ancient folkloristic and cultural traditions and delicacies with aromas of distant places, in Siena past and present...
Read more

Even though Florence - the Medici city - is located deep inland, there is no shortage of beaches that can be easily reached either...
Read more
Share
Facebook
Twitter
Email
Linkedin
WhatsApp
Telegram 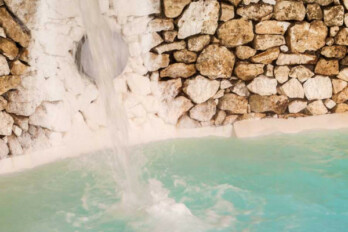