Have you heard of Jean-François Champollion? A French archaeologist and Egyptologist and the director of the Egyptian sector of the Louvre in Paris, he is the man who deciphered the mystery of hieroglyphics through the Rosetta Stone in 1822. It is also thanks to Champollion’s expertise that we owe the defining statement: “The road to Memphis and Thebes passes through Turin.” When mentioning Turin, he was referring to its unique and extraordinary Egyptian Museum, the world’s first Egyptian museum founded in 1824, the second in terms of the value and number of artefacts (around 40,000) outside of Cairo, and the eighth-most widely visited museum in Italy. It’s so well-known that in a classification drawn up by TripAdvisor, it was ranked number one among Italy’s most popular museums, ninth in Europe and fourteenth in the world. The British newspaper The Times listed it as one of the 50 best museums on the planet.

Despite its longstanding history and historic headquarters – the imposing Palazzo delle Accademia delle Scienze, dating back to the 17th century – the museum is extremely modern in terms of both its layout and immersive visitor experience. Remodelled by Oscar-winning set designer Dante Ferretti, in 2015, the exhibition space was doubled, following massive renovations, and is now spread over four levels, three above ground and one below ground, organized in chronological order with a 2.5 km of circuit. Here you’ll find mummies, tombs, papyrus sheets and everything related to ancient Egypt (included embalmed animals) from the Paleolithic to the Coptic era.
A tip? The Restoration Area on the first floor that allows visitors to watch animal mummies being restored. 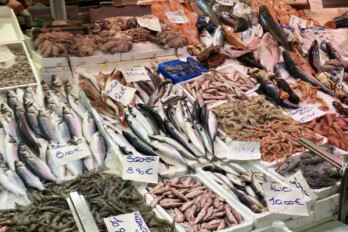