In the heart of the central-eastern part of Sicily, in the province of Enna, stands the art city of Piazza Armerina, also known as the “city of 100 churches” for its high number of churches and cathedrals. A city characterized by an enviable archaeological, historical, artistic and natural heritage. Despite its baroque and Norman historic center of rare beauty, Piazza Almerina has gone down in history for the presence of the Villa Romana del Casale, a late-antique residential building – declared World Heritage Site by UNESCO in 1997 – and considered one of the most important testimonies of the Roman West. It will be virtually impossible not to notice it, considering the size of the archaeological park that houses it, which covers an area of over 3,500 square meters.

However, despite its considerable size, what is most surprising is the particularity of the plan of the villa, in addition to the beauty of its architectural elements and rich mosaics, still perfectly preserved. An important excavation campaign conducted in the mid-twentieth century brought to light figurative mosaic floors and geometric style, as well as columns, statues, capitals and coins. The mosaics depict scenes of everyday life, including games, hunting trips – protagonists of an entire corridor – but also depictions of animals and mythological events.

The monumental entrance with horseshoe-shaped courtyard, the central body built around a courtyard with garden, the large hall with three apses and the thermal complex that make up the remains of the villa can be visited in its entirety. Among the elements not to be missed during a visit are the curious mosaics of the south wing known as “Girls in bikini“, depicting ten girls engaged on gymnastic competitions in honor of Thetis, the goddess of the sea, dressed in disarmingly modern clothes.

Although the name of the owner of the villa remains shrouded in mystery, it is thought that the building was built around the fourth century AD at the behest of a high representative of the Roman senatorial aristocracy, perhaps a governor of Rome. According to other scholars the late antique residence was instead built or enlarged on direct imperial commission. What is certain, however, is that the owner of the villa belonged to the noble class; in fact, it is the mosaics that bear witness to Roman luxury in the late imperial period and the habits of the ruling class of the time.

Perched on a rocky plateau of Mount Tauro overlooking the Ionian Sea, the city of Taormina reveals itself in all its beauty, among majolica,...
Read more
Share
Facebook
Twitter
Email
Linkedin
WhatsApp
Telegram 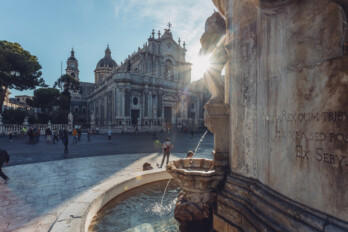 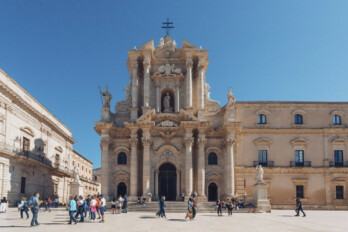 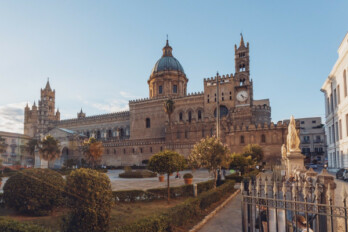