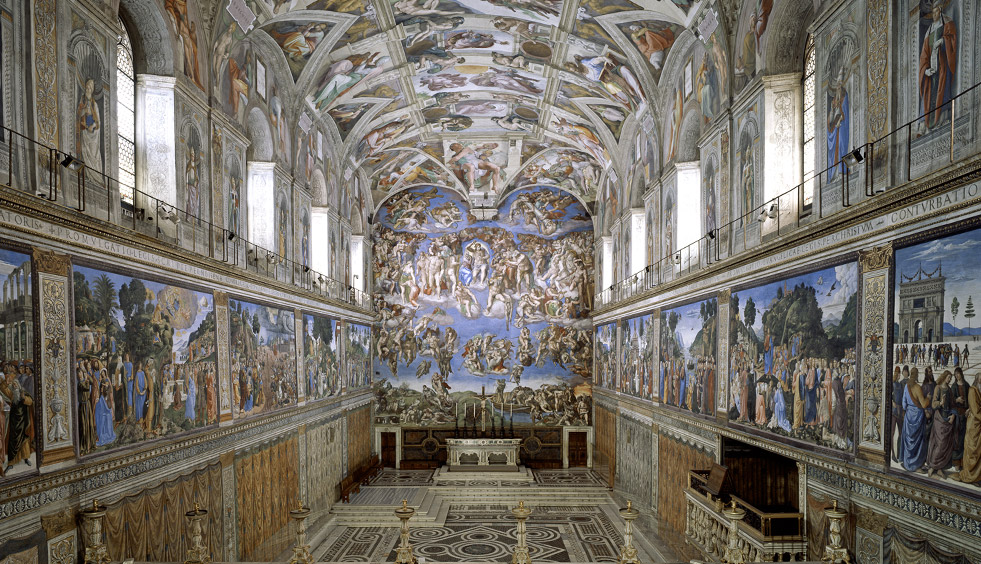 The Sistine Chapel, Rome’s jewel in the crown

The Chapel is located on the right of St. Peter’s Basilica and is part of the Vatican Museums. Considered one of the most important Catholic monuments in the world, it is the place where popes have been elected for five centuries. The Conclave is indeed held under the Chapel’s striking frescoed vaults. 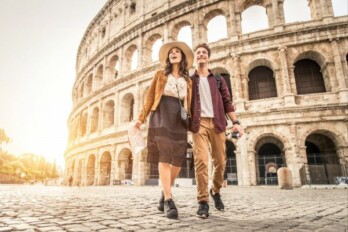 Credits to the masterpiece known as “Giudizio Universale” (the Italian name for The Last Judgement) go to the Italian Renaissance painter Michelangelo Buonarroti. History has it that on 15 August 1483, Sixtus IV consecrated a new chapel to Our Lady of the Assumption. Then, Pope Julius II della Rovere, nephew of Sixtus IV, decided to partly alter the decoration, entrusting the work to Michelangelo, who painted the ceiling, the upper part of the walls and the lunettes. The work was finished in October 1512 and on the Feast of All Saints (1st November), the Sistine Chapel was inaugurated by Julius II with a solemn Mass.

The nine central panels decorated by Michelangelo show the Stories of Genesis, from the Creation to the Fall of man, to the Flood and the subsequent rebirth of mankind with the family of Noah. The Chapel’s magnificient decorations are further enhanced by frescoes depicting false drapes, the Stories of Moses and Christ and the portraits of the Popes painted by eminent Italian artists from the 15th century such as Botticelli, Perugino, Pinturicchio, Ghirlandaio and many others.

There’s nothing more to add, the Sistine Chapel is a truly an unmissable gem!

Not far from the main historical landmarks and the glitzy boutiques of the city centre, Rome is rich in lush gardens and green spaces...
Read more

In Piazza Navona, one of the most beautiful squares in Rome, every corner hides an unmissable artistical or architectural masterpiece. This Baroque jewel of architecture...
Read more
Share
Facebook
Twitter
Email
Linkedin
WhatsApp
Telegram 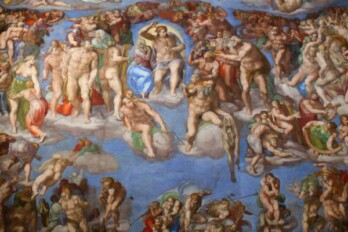