The Viscontis, the Sforzas, Ludovico “the Moor”, the French, the Spanish Gonzagas, the Austrian Habsburgs and Napoleon’s soldiers: each one of them left traces of their rule, some by destroying towers, others by adding buildings, decorations and frescoes.

The building of the military-like Castle began in 1450 and the square structure measures some 200 meters on each side, with a moat, three courtyards and four imposing towers at the corners. Unfortunately, following the fall of the Sforza duchy at the end of the 15th century, the Castle fell into decline under the foreign rulers of the city, who turned it into nothing more than common military barracks. Fortunately, at the end of the 19th century, thanks to architect Luca Beltrami, the complex was completely restored to its former glory.

The finest art collections of the City of Milan are on display here. The undisputed “star” is the world-famous Pietà Rondanini by Michelangelo, left unfinished.

Some of the most delightful places in the museum include: the Ducal Court, Loggia and Chapel, the Portico of the Elephant, and above all the Sala delle Asse, frescoed by Da Vinci by order of Ludovico “the Moor”. Lastly, among the ancient manuscripts of the Trivulziana Library, you can admire the Codex Trivulzianus, a priceless notebook with notes and drawings by Leonardo.

This is the place where da Vinci spent his golden years as an artist and portrayed figures from the court in works such as Portrait of a Musician, Lady with an Ermine and La Belle Ferronière; He also designed Castle expansions (which were never built) and presented inventions worthy of his genius.

For art and history lovers, the Sforza Castle is a must!

Tips for a cultural break in Milan

Many cultural venues have eateries, bookstores, or both that can be accessed without a ticket. The “Piccolo” Cafè & Restaurant – a great place to enjoy...
Read more
Share
Facebook
Twitter
Email
Linkedin
WhatsApp
Telegram 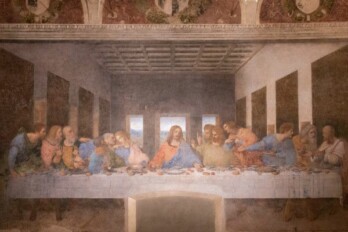 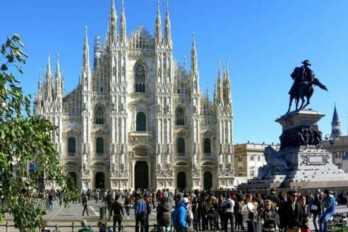