The history of the Sassi of Matera, as we have said, is ancient and complex, full of reversals and … twists and turns. Over the centuries, the typical tufa dwellings of the Sassi, initially considered masterpieces of urban planning, were transformed into cramped, damp and unhealthy places, where people and animals often lived together. Politician Palmiro Togliatti at the end of the forties famously defined the Sassi as a “national shame“, immediately after a special law signed in 1952 decreed their abandonment. But as in every self-respecting story, at the end came the redemption: in 1986 was passed another special law, this time for the repopulation of the Sassi, which in 1993 were included in the list of UNESCO World Heritage Sites. 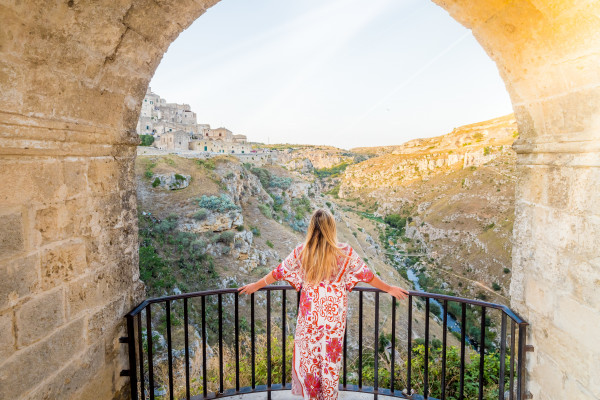 Finally, Matera was elected European Capital of Culture in 2019. Geographically, the oldest part of the city is divided into three areas: the Sasso Barisano to the north-west (it seems to owe its name to the fact that it “looks” towards the city of Bari), the Civita in the center, and the Sasso Caveoso to the south, so-called because of the very high density of cave dwellings. The Sasso Barisano was the first to be affected by the interventions of recovery following the law of 1986. Thanks to a careful renovation, several hotels, bars and restaurants were built, where you can taste the typical local cuisine, as well as art galleries, laboratories of local crafts, as well as design studios, offices and private homes. Here, however, we also find San Pietro Barisano, the largest of the rock churches of the Sassi, with its particular underground catacombs.

The Sasso Caveoso, on the other hand, is a succession of cave dwellings, living testimonies of Matera’s rocky architecture and built on top of each other, so much so that it often happens to walk on the roofs of the houses below. The Caveoso is dominated by an imposing presence: that of Monterrone, a spur of rock inside which two incredible cave churches have been excavated, Madonna de Idris and San Giovanni in Monterrone. Another religious building not to be missed is San Pietro Caveoso, built on the edge of the gravina, an evocative canyon resulting from water erosion.

The cave houses: a plunge into Italy’s rural past

There were hundreds of houses in Matera, dug into the rock that housed, often in a few square meters, large families and animals. The...
Read more

In the tufa caves that dot the rugged landscapes of the Murgia, over the centuries many monks have taken refuge and splendidly frescoed them....
Read more

This enormous cistern dug into the tuff represents the apex of a tradition linked to rainwater collection systems that began in Matera in the...
Read more
Share
Facebook
Twitter
Email
Linkedin
WhatsApp
Telegram 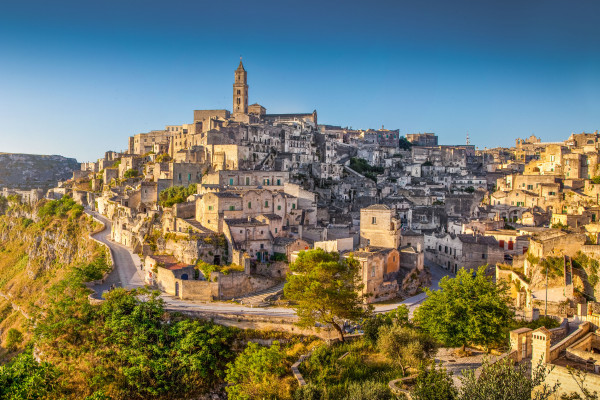 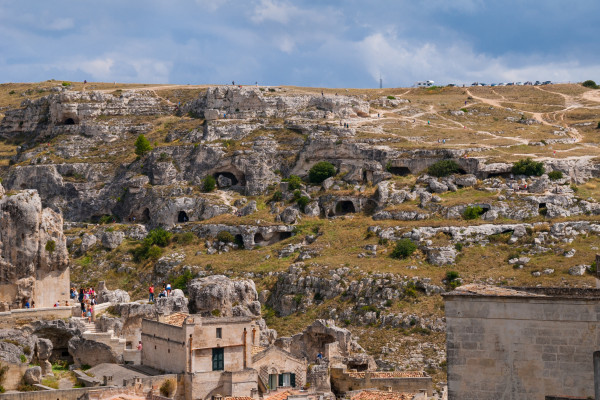