Lecco, the city of the Betrothed

Lecco, the city of the Betrothed
indirizzo Lecco, LC, Italia
read
Now you are here
distance from your position km , mi
directions

Located on the right branch of Lake Como, an hour from Milan and just 40 minutes by car from Como, Lecco is scenically the most beautiful town on Lake Como. In fact, just near Lecco the Adda river gives life to the small lake of Garlate, while all around a circle of bizarrely-shaped mountains – including Resegone, Due Mani, San Martino – acts as a natural protection. If the origins of the city date back to prehistoric times, the real development took place in the Middle Ages, when Lecco became a free commune particularly active in the production of silk. The industriousness of the people of Lecco is proverbial and the silk produced along Lake Como is among the finest in the world.

The historic center is almost devoid of architectural monuments, but is characterized by 19th-century buildings and neoclassical style, while the key places of the city are located near the lakefront. The discovery of Lecco starts from the pedestrian lakefront, which from Piazza Stoppani reaches the Monumento ai Caduti. Not far from the square, the 16th-century bell tower of the basilica of San Nicolò – 96 meters high – will catch your eye. The interior of the basilica, dedicated to the patron saint of sailors, is definitely worth a visit. Be sure to book a guided tour of the bell tower, from the top of which you can enjoy a splendid panoramic view of the lake. Continuing along the lakefront you will find the Palazzo delle Paure, a museum housed in the old customs building of Lecco and which houses the permanent collection of Contemporary Art. In addition to hosting important exhibitions and temporary projects, the palace is also home to the Osservatorio Alpinistico Lecchese, a museum dedicated to the exploits of local mountaineers.

Moving away from the lakefront you reach the central Piazza Manzoni, with the statue of Francesco Confalonieri dedicated to the writer Alessandro Manzoni, who set some scenes of his famous novel “The Betrothed” in Lecco. The 18th-century Villa del Caleotto – also known as Villa Manzoni -, the novelist’s childhood home and now the seat of the Museo Manzoniano, guardian of original furniture, personal objects, statues, paintings and drawings, can be found just a little further on. Still on the subject of villas of historical and architectural importance, Palazzo Belgiojoso, in the northern part of the city, deserves a special mention. This U-shaped palace of 18th-century origin, surrounded by lush gardens, houses, in addition to medallions celebrating the characters of the Betrothed, the Museum of Natural History, the Archaeological Museum, the Historical Museum and the Planetarium of Lecco.

Among the most important monuments of the city stands out the Santuario della Nostra Signora della Vittoria, a church in neo-Romanesque style, built in the ’30s to commemorate the fallen of the First World War. The remains of officers and soldiers from the cemeteries of the front, kept in the crypt, make the sanctuary particularly dear to the inhabitants of Lecco. Near the sanctuary, there is also Ponte Azzone Visconti, known to the locals as Ponte Vecchio. Considered the first bridge of the city, connecting it with the northern shore of the lake towards Valtellina, it is one of the symbolic places of Lecco, also mentioned by Alessandro Manzoni in his novel.

The adrenaline-filled side of Lake Como

Between water sports, flying experiences and hiking, the shores of Lake Como go far beyond the traditional tourist experiences but offer a true paradise...
Read more

Nestling in the heart of a wooden promontory on the banks of Lake Como in Lenno, Villa del Balbianello is a magnificent example of...
Read more
Share
Facebook
Twitter
Email
Linkedin
WhatsApp
Telegram 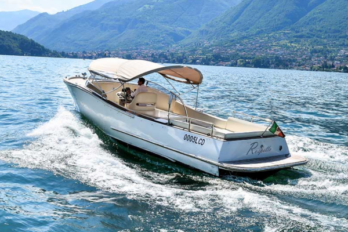 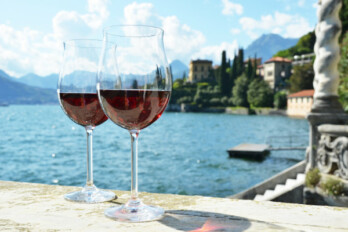 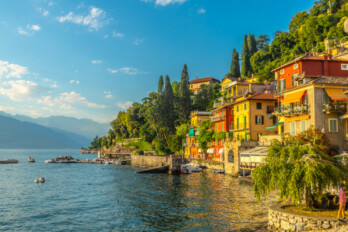