Located about 60 kilometers from Bari, more precisely in the surroundings of Andria, near the town of Santa Maria del Monte, Castel del Monte was included in 1996 among the UNESCO World Heritage Sites for the mathematical and astronomical rigor of its forms and the harmonious union of cultural elements of northern Europe, the Islamic world and classical antiquity. It is one of the symbolic places of Apulia, it seems in fact to be the most visited monument of the region and among the most visited of the Peninsula, and has been chosen as the location of many films and music videos. Moreover, it is so famous that it is depicted on the Italian version of the 1 euro cent coin.

A halo of mystery hovers over the date of construction of this imposing fortress, as well as over its real function: many scholars do not agree on the beginning of the works, which are conventionally placed in 1240, nor on the attribution to a specific architect. As for its use, there have been various hypotheses over time, especially because of the strong symbolism that characterizes the structure, which would suggest a sort of temple, or a place of knowledge, where to devote himself to the study of science. We know that it was rarely used for events, parties and wedding banquets, and that it was also used for a long time as a prison. What is certain, is that it was built at the behest of the Holy Roman Emperor, Frederick II of Swabia. The castle, with its unmistakable octagonal shape, is built on a rocky bank and on each of the eight corners are grafted as many towers of the same shape. The courtyard is characterized, as the whole building, by the chromatic contrast derived from the use of materials such as coral breccia, limestone and marble. Below the floor of the courtyard there is a large cistern for the collection of rainwater, the high walls from which the courtyard is formed almost give the illusion of being inside a well, which in medieval symbolism represented knowledge.

The entrance is characterized by an imposing portal consisting of two columns and two lions, the first looking at the rising of the sun at the winter solstice and the second looking at the rising of the sun at the summer solstice. Inside there are sixteen rooms, eight on each floor, trapezoidal in shape, with cross ceilings decorated with anthropomorphic, zoomorphic and phytomorphic elements. Great interest covers the series of sculptures preserved in the building that, although today have been largely removed, looted or transferred to museums, provides valuable evidence of the original, rich, decorative apparatus. Castel del Monte is a splendid example of medieval architecture, still wrapped in a halo of magic and mystery, which makes it even more fascinating.

The precious and internationally-known Apulian red wines perfectly match the succulent regional dishes. That's why tastings and visits to wineries are a must-have of...
Read more

The masserie in Apulia: a stay in history

Emblem of the rural civilization, intimately connected to the history of the Apulian territory, today masserie have been transformed into charming homes, to experience...
Read more
Share
Facebook
Twitter
Email
Linkedin
WhatsApp
Telegram 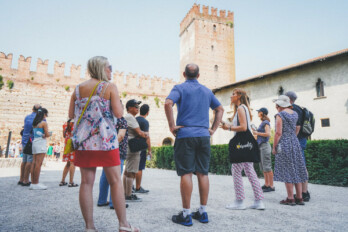 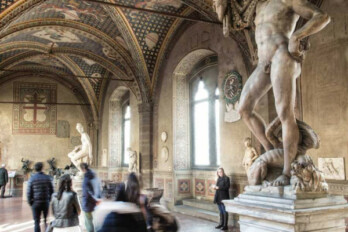