Whether you love nature, animals, adventure, adrenaline attractions, water games or cinema, on Lake Garda you will always find what you are looking for. Most of the theme parks are located a few kilometers from the shores of the lake, especially in the province of Verona. On the podium of the best known and loved in Italy is Gardaland, in Castelnuovo del Garda. Immersed in the green hills, it stands out for its great variety of offerings. Visitors can choose from scenic attractions and shows suitable for all ages: from the aquarium to the dolphin theater, to the hyper-technological 3D attractions, to the most adrenaline-filled roller coaster. Inside the park, there are also three hotels, for those who intend to spend more than one day here, full of fun. Warning: Gardaland is normally a very crowded park, so we recommend you book in advance and possibly not on weekends if you do not want to run into long lines to access the attractions.

For movie lovers, there is nothing more exciting than a day at Movieland Park, in Lazise, entirely dedicated to the world of the big screen, on the model of Universal Studios in the United States. More than 20 attractions, 10 shows and various themed restaurants allow you to experience the excitement of the great films as a protagonist, entering the sets, becoming an extra, and watching actors and stuntmen at work. The great thing is that here the films are not watched passively as they are on TV, but are experienced in first person, including live shows, workshops, and moments of animation. Also part of Movieland’s stressful macrostructure is Caneva Aquapark, a water park set in the setting of a Caribbean island, among tropical plants and white sandy beaches. Here you can swim in enchanting lagoons, but also test your courage by diving from 32-meter slides, or try your hand at winding paths through rapids and waterfalls on board rubber dinghies. It goes without saying that Caneva Aquapark is the ideal place to cool off on hot summer days, to let your children let off steam or relax in the shade of the palm trees. Since the two parks belong to the same property, it is possible to purchase a cumulative ticket to visit both, moving freely from one to the other. Staying on the subject of adventure parks, just a few minutes from Torbole, on the Trentino coast of the lake, there is the Parco delle Busatte. Surrounded by pinewoods and ancient olive trees, panoramic paths and wide meadows, it offers a wide range of activities within everyone’s reach, both for the more sporty and daring and for families with children who want to spend a few hours of regenerating fun in the midst of nature. Among the attractions to try: more than 50 aerial passages from 2 to 15 meters high, installed on plants and connected by suspended bridges, lianas, and pulleys, all obviously in maximum safety. Then there is the bike park, with numerous tracks for mountain bikes, a BMX track approved for international competitions, structures for acrobatic disciplines, a mountain bike school camp and the possibility to practice downhill, as well as basketball and volleyball courts.

Those with a more meditative spirit who prefer to contemplate the rhythms of nature rather than climb will feel like they’re in paradise at the Parco Giardino Sigurtà in Valeggio sul Mincio, in the province of Verona. This green lung, which covers about 60 hectares, has always won awards and recognition, including: “Most Beautiful Park in Italy 2013”, “Second Most Beautiful Park in Europe 2015”, “World Tulip Award 2019” and “Best Attraction in the World 2020”. Among the most famous sights, there is the Viale delle Rose (Avenue of Roses), a path of about one kilometer along which more than 30,000 selected roses of the Queen Elizabeth and Hybrid Polyantha & Floribunda varieties bloom every spring. Walking along the path you will reach another point of interest of the park, the Labyrinth, which covers an area of 2,500 square meters and houses 1,500 specimens of Yew plants more than two meters high. The property of Sigurtà Garden, moreover, over the years has carried out research on the flowering of tulips that colors the park in April, and today, with its million bulbs, is considered the most important in Southern Europe. Finally, those who love animals will be happy to observe their habits, but also to know the ways to protect them, at the Parco Natura Viva in Pastrengo, in the province of Verona. Do not think of it as a zoo: the park has in fact taken on the challenging and stimulating role of a center for the protection, research, and conservation of animals threatened with extinction. It covers 42 hectares of wooded green, hosts more than 1,500 animals of 200 different species, and consists of two sections. The pedestrian path, a large area in which, crossing the five continents, you can learn about their fauna, and the Safari section, where you can explore, with your own car, the habitat of African animals. These and all other parks on Lake Garda are generally open from April to the end of October, with special openings during the Christmas vacations and on weekends, but it is advisable to always check the individual websites to make sure of any closures.

The picturesque town of Riva del Garda is an excellent base both to experience the lake, practicing sports such as sailing and windsurfing, and...
Read more 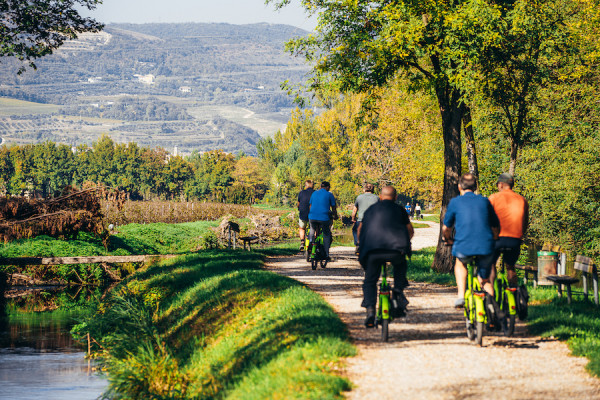 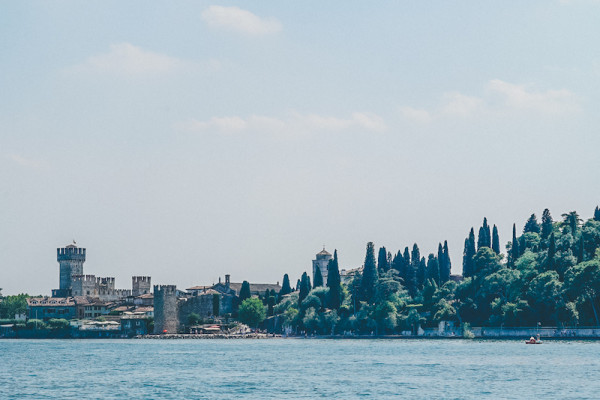 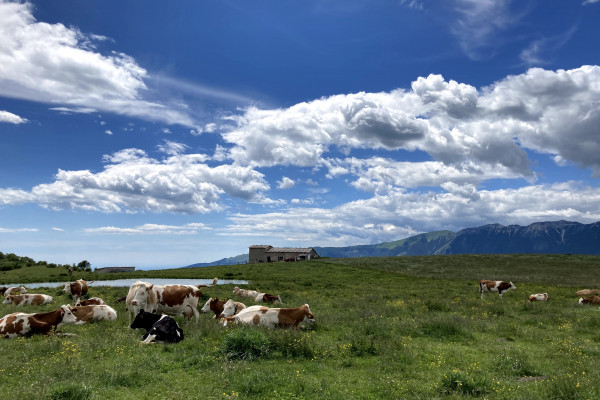