From the center of Verona, in about half an hour by car, you can easily reach Lake Garda. It is the ideal destination for those who want to escape for a few hours, or – why not, for an entire weekend – from the city, and from tourists. It is the largest lake in Italy and its shores touch three regions: Lombardy, Veneto and Trentino Alto-Adige. Kissed all year round by a mild climate, thanks to its Mediterranean vegetation, consisting of palm trees, oleanders, olive trees, vines and lemon trees, resembles a small sea nestled between the Alps and the Po Valley. Surrounded by picturesque villages, seaside resorts, historical vestiges, marinas, parks and nature reserves, it really satisfies everyone, from nature lovers, to those who want to discover places rich in history and culture, up to more sporty people who can enjoy trekking, hiking and especially, thanks to the winds that blow constantly, water sports.

Among the most famous places, there are Sirmione, favorite destination of the poet Catullus and Maria Callas, with the beautiful Rocca Scaligera, Gardone Riviera, with the Vittoriale degli Italiani, the house-museum of the poet Gabriele D’Annunzio, Peschiera del Garda, with its fortress and its sixteenth-century ramparts. Not far from Verona, we find Bardolino, a very lively center, with its typical maze of narrow streets, stores, bars, restaurants, and nightclubs, and Garda, where it is worth visiting the Pieve di Santa Maria in Garda, one of the oldest religious districts in the area, which preserves a beautiful 15th-century cloister and some 15th-century frescoes. Those who love architecture cannot miss the famous villas of Garda, including the sixteenth-century Villa Guarienti, which stands at the center of the promontory of San Vigilio, with its Italian garden and the lemon house built in Venetian Gothic style, and Villa Albertini surrounded by a huge park that extends over the entire hill behind, in a riot of Mediterranean fauna. Are you fond of history and archeology? Then you can not miss the rock engravings in the area of Torri del Benaco. Engraved on a rock that has become a kind of natural blackboard due to glaciation, there are graffiti from various eras, mostly dating back to prehistoric times.

The territory of Lake Garda is also the ideal place to have fun, thanks to the high concentration of theme parks, from water parks to amusement parks, for the joy of the whole family. Those who prefer to relax can do so thanks to a series of avant-garde thermal parks, where they can immerse themselves for a few hours of pure pleasure in the warm waters that flow from the mountains surrounding the lake. The hills that run parallel to the coast of Garda are covered with vineyards and olive groves, for this reason, it is advisable to dedicate some pleasant hours to the tasting of wines and oils of the area. Among wines, the most famous is Bardolino, which takes its name from the homonymous town, a fresh and light red wine, ideal in combination with the local cuisine. There are also many oil mills where it is possible to have guided tours and tastings, including Museum, also near Bardolino, with its interesting museum dedicated to olive oil, which every year attracts more than 50 thousand visitors.

Malcesine, between history, nature and sport

Malcesine is famous for its Scaliger castle, but also for water sports, which in summer make it an unmissable destination. In addition, it is...
Read more

Sirmione. Between history, sport and relaxation 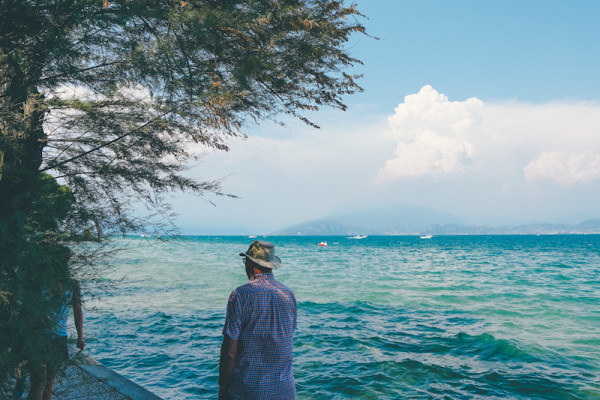