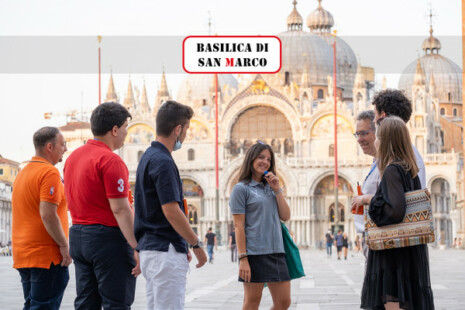 Discover the hidden gems of Venice on a 2-hour guided walking tour that shows you a local’s perspective of our iconic floating city. Along the way, your guide takes you down hidden calli (narrow streets) to find the true architectural gems of Venice including Campo San Giovanni e Paolo, Marco Polo's House, La Fenice Theatre and Rialto Bridge, among other artistic sights known only by locals. By Venice Tours

Go away from the overcrowded places into the heart of Venice, where you get to discover the most charming and picturesque corners of the city. On this Venice walking tour, there will be about 10 stops where you learn the history of the buildings, as well as what makes them special to the people of Venice.

This is the true heart of Venice, which Napoleon called “the most elegant drawing-room in Europe”. It is a 170 meter-long trapezoid which differs from all other squares that are called "campi" (fields). St Mark’s square has been the heart of the Venetian Republic.

It is one of the most lively fields of Venice, it is hidden among the streets and alleys of the Castello district, not far from Piazza San Marco. During the day of the Purification of the Virgin Mary, in this place, once, it was celebrated an important recurrence, with which it commemorated the liberation of twelve pretty girls from the Istrian pirates, by some brave Venetians.

It is often called the Pantheon of the Doges because here the Doges and the high rapresentatives of the Venetian Republic were buried. The Venetians call it "San Zanipolo" unifying the two names of the saints: Saint John (San Giovanni) and Saint Paul (San Paolo).

In Corte Seconda del Milion you’ll see a plaque dedicated to Marco Polo, who apparently live in this house. The great explorer left Venice as a teenager in 1271 on a voyage that has become legendary.

The Rialto Bridge is the first urban centre of Venice. It comes from the latin “rivus altus”, deep canal, referring to the Grand Canal. Dating back to 1180, it was initially a series of boats with wooden planks placed on top. It was then built in wood resting on stilts.

This campo is one of the largest squares in Venice and is located in the San Marco district, not far from the Accademia Bridge. At the centre of the campo is a statue of Nicolò Tommaseo, a politician, diplomat and literary figure of the 19th century.

Built in 1792, the Fenice, meaning phoenix in Italian, has often lived up to its name, just like the bird that rises from its ashes. In fact it first burned down in 1836 and more recently in 1996, which has become one of the most tragic moments in modern Venetian history. However, both times it was rebuilt exactly “how it was and where it was”, just like a phoenix.

This campo is located in the San Marco district. San Benedetto, in Venetian "Beneto" is a field a little hidden, not in the traditional routes of passing tourism, but particularly traditional in the composition of spaces, with the Palazzo Fortuny on one side and the back of Palazzo Volpi di Misurata on the other, the facade of the Church of San Beneto and the most popular houses that surround the inevitable fountain. 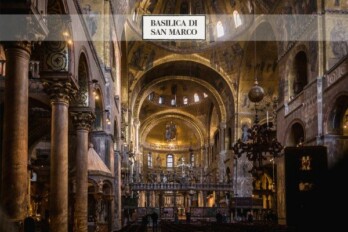 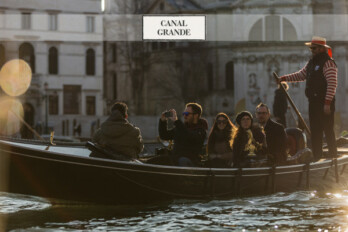 Gondola Ride Ricardo was a great guide. Very enthusiastic about knowledgeable. Would have liked a little commentary from the gondolier

Great tour operation This was a fantastic way to understand Venetian history and architecture. Tour guide was extremely informative. Groups we’re not too big.

Old town and Jewish Quarter with Scott The tour with scott was the best I had so far. Very good english, interesting, not boring at all. Highly recommended!

Very interesting The tour is really interesting, and the guide very knowledgeble with excellent language. Tnank you!!

Awesome eperience Very good experience. These guys are actually not expensive compared to the overly expensive rides you see out there!

Great gondola ride Very nice experience!! A very well organised trip! I totally recommend it!
Could be a little longer though:)

Great tour! Highly recommended The tour was great! The guide gave us some interesting details about the building and history of Venice in general.

Great! Great experience! Even with small kid. Would recommend it. I think it’s a must do in Venice. Thanks!

Fun Experience Excellent tour… very knowledgeable and friendly. Some great and different insights into the city which was quirky and enjoyable

Commentator had amazing energy Ricardo was an amazing guide with great energy. Would reccomend a gondola experience with him. 10/10

Excellent Amazing experience would highly recommend for the whole family. It was informative and fun. A must do experience for Venice

Peaceful ride This was a very nice excursion. Staff was helpful. just be prepared for lots of walking and transferring to taxi boat.

Unforgettable experience Amazing experience, we enjoyed an incredibile exhibition where you can admire and interact with various art objects. Highly recommended!!

Great experience Very interesting exhibition in a beautiful palace near San Marco; the experience was very nice and the staff was kind.

Awesome time The father/son who run this family business are wonderful. True craftsmanship and very knowledgeable.

Great guide Our guide was very informative and spoke more than 5 languages fluently. Good history experience of the gondola and the city.

Worth doing Francesco was an excellent tour guide, and it was nice to have a different walk around Venice away from the crowds.

Excellent historical tour! Great tour! Loved the experience and the info, Francesco was very informative and helpful. Thank you so much!

Small but lovely The facilitator knew his history but the could use more room. There was 2 couples and we could barely move.

Best trip in Venice Staff at the meeting point very polite. The promenade along the Grand Canal was stunning. Thank you guys.

Lovely tour and gondola ride Really easy to find and everything explained easily. Felt like we got the ‘full’ gondola experience, definitely recommend

Must do if you’re in Venice! Our guide was fantastic!!! The gondola ride was so memorable, and his commentary was quite insightful. Highly recommend.

Family trip Our guide Sara was great and informative. We were a big group and we all would recommend the adventure.

Great! Excellent - me and my husband really enjoyed the tour and then the gondola ride at the end!! Must do activity.

Gondola ride a must for venice Locals are very friendly and willing to help. I learned that paying locals directly was beneficial that going through 3rd party

Great Great Tour! Thank you! Best experience eher made nice and Friends competent Tour guides and having Gin on the boat

Gondola tour with Ricky Ricardo is an awesome and charismatic guide who manages to convey a lot information in a little time.

Cool Valentina was interesting and very nice unfortunately the phone had a volume too low to complete the explanations.

Great! A wonderful experience and so helpful and kind. Loved it! Would recommend for children and adults! Just have fun!

Worth the money Beautiful view over the venice canals. The guide Ricardo was absolutely legendary. Would definitely recommend - great price

Burano ❤️ very good. I really liked the place, the food was fantastic, I enjoyed it to the fullest. Very good

WOW having Nicola as a teacher is an honor. I would do that again and again. I really suggest this experience

Amazing guide Valentina was a wonderful guide and knowledgeable. Visited many off the beaten track locations. 1h 30 flew by.

Awesome Very good tour ! A good time to see the main attractions by water in Venice! I recommend for everyone

Peaceful Riccardo was a great guide! I would definitely recommend the Gondola ride, it was very nice and peaceful.

Definitely something to do! Great experience in beautiful Venice. The Gondola ride was so peaceful and Ricardo’s knowledge was excellent! Money well spent 🙂

Recommending it, very nice experience Great trip. You get to see Venice and enjoy the view. The guide was very nice and friendly. Good for couples

A must do Excellent tour and gondola ride. Federica gave a wonderful tour in both English and Spanish. Very well organised.

Book your experience now!
You are about to purchase a product supplied by